This is a follow up to the plane arcade game tutorial posted before. This time I added plane shooting bullet. For how to run it on real android device such as nexus 7, and ios devices, such as iPad. Please go to my youtube channel: http://www.youtube.com/user/hhhnzw. there are videos showing that.

1. if you continue from last tutorial first thing is to rename the Background image from Plane to background. it is confusing, as the aeroplane is also called plan.
2. Create an empty element. set its parent to plane. and move it to centre of the plane. and move down. so the Z axis' number is -0.1. Rename it as EmptyGunCentre.
3. Create a box, and scale smaller, it will become bullet. So pick a size as you think is proper. Rename it to bullet01.
4. Unwrap & export UV map from the box. and paint it to look like a bullet.
5.load the edited uv map in blender, and apply it to bullet element.
6. Put bullet on to layer 2, HIDDEN layer.
7. Pick the EmptyGunCentre, go to game logic editor to set it up like image below:

8. Turn on the hidden layer and pick the bullet. Then go to physics tab. Change type to dynamic. Change the min max velocity to 3.5. And lock Z axis. 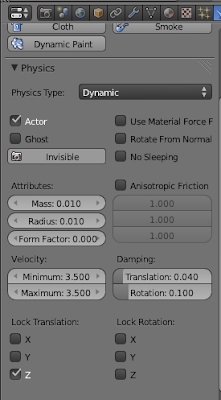 9. Now pack the content in, and save the file. Test it on PC first. Then follow my other videos to run it on Android and IOS devices.

Blender file can be downloaded from link below:
https://docs.google.com/file/d/0B2dWucciRgDPZDNGMlBROW9sekE/edit?usp=sharing